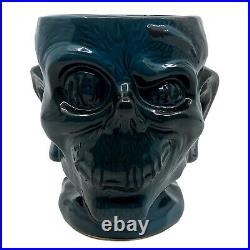 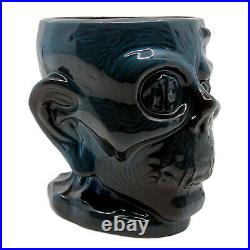 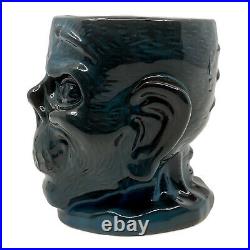 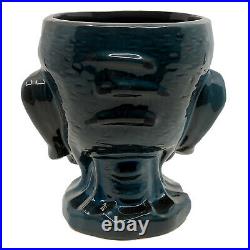 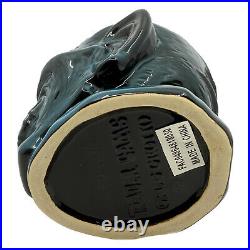 Trader Sam’s Grog Grotto 2nd Edition Shrunken Zombie Head. Muddy with Buried Stitches – SUPER RARE! Mirror, mirror on the wall, what is the rarest Trader Sam’s mug of all? You’re looking at it! Aficionados know that 2nd Edition Shrunken Zombie Heads were only around for a couple of weeks in early to mid October of 2018. What most do not know is that among these already rare mugs are a couple of variations produced in even fewer numbers. A Shrunken Zombie Head with a darker “muddy” glaze is extremely rare. And what’s even more rare than that? A “muddy” Shrunken Zombie Head with its stitches “buried” underneath the glaze instead of being brushed on afterward with a matte or shiny black finish. Only a few such mugs, like this one, are known to exist. Here is your chance to own the rarest of rare mugs from Trader Sam’s! Ceramic mug is 4.75″ tall x 4.5″ wide and holds 16 ounces. New, unused, in original box. The item “Trader Sam’s Grog Grotto 2nd Edition Shrunken Zombie Head Muddy SUPER RARE” is in sale since Wednesday, September 30, 2020. This item is in the category “Collectibles\Disneyana\Contemporary (1968-Now)\Theme Park Souvenirs”. The seller is “twistedfairytale” and is located in Orlando, Florida. This item can be shipped to United States, Canada, United Kingdom, Denmark, Japan, Sweden, Belgium, France, Netherlands, Italy, Germany, Switzerland, Norway, Brazil.